Is Bitcoin a Knight in Shining Armour? 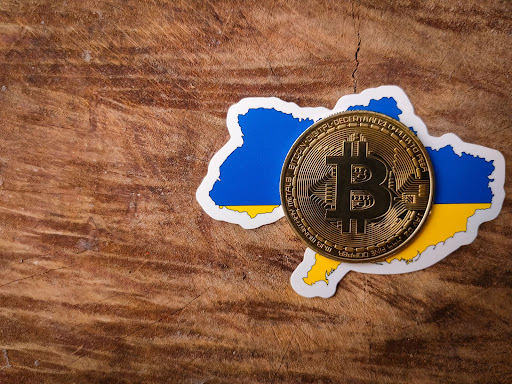 Cryptocurrencies like Bitcoin promise transactions throughout borders, free from government oversight, and unaffected by the formalities of conventional worldwide banking procedures. In ordinary times, this usually relates to talking about privacy, and freedom but is relatively unclear how crypto’s unusual world works at a time of war. As governments around the globe are imposing sanctions on Russia over its invasion of Ukraine, we are looking at financial warfare in this era, crypto is a way for Russia to avoid these imposed sanctions. These virtual currencies have various other uses apart from being away for Russia to steer clear of the consequences of the invasion.

Donors from around the world are supporting Ukraine in their war against the Russian invasion using crypto payments ever since the government set up digital wallets to receive currencies like Bitcoin and Dogecoin. As of March 15, the wallets government and NGOs have received over $100 million in donations. According to analytics firm, Elliptic Enterprises Ltd. Suppliers of everything from food to bulletproof vests were accepting tokens including Bitcoin and Ether to help the military quickly purchase goods. The ministry is also considering a potential collection of NFTs (non-fungible tokens) to raise money. Even ordinary Russians have been using crypto to survive on basic necessities after their currency faltered.

A major risk with crypto is that Russian individuals who are targeted by sanctions can turn towards virtual currencies to buy goods and services or even invest in assets outside the country by avoiding financial institutions. Cryptocurrencies offer the flexibility to move money without intermediaries via a peer-to-peer network and it can be hard to tie a digital identifier to the person behind it. Certain digital wallets store encrypted information which makes it easier to hide the transactions in plain sight.

Now, the question is are Russians evading sanctions using cryptocurrencies? Since cryptocurrency transactions cannot be traced to an individual or organization, there is no evidence that Russians are getting around sanctions using cryptocurrencies. Although, earlier in the conflict, there was a huge spike in the number of bitcoins being traded in rubles. Since then, Russian crypto trading appears to have continued in smaller volumes. With bitcoin and dogecoin being used extensively by Ukraine in this war, it can be safe to assume that cryptos are being used by some Russians in some capacity.

Is it possible to track cryptocurrencies to avoid money laundering?

The U.S. Treasury Department’s Office of Foreign Assets Control did for the first time in 2018 in a case involving Iranians accused of ransomware schemes which means that it is possible to identify digital currency addresses. Many analytic services like Blockseer can assist law enforcement services to trace where money has flowed. Another opportunity to spot irregularities in cryptos can be seen when the cryptocurrency is converted into fiat currencies through regular banking systems.

Crypto exchange platforms are subject to various laws and regulations on where they operate. For example, exchanges licensed in US or UK, such as Crypto.com and Kraken, must comply with local laws similar to those that the banks follow, including any sanctions that might be imposed in that country. KYC (know-your-customer) rules in those countries enforce banks to obtain some kind of official identification from clients and establish where their money came from. Many exchanges in other countries haven’t imposed any sanctions on Russia and do not even have any required customer identification procedures in place which makes it harder to impose curbs.

Blockseer is the U.S. subsidiary of the Canadian firm, DMG Blockchain Solutions which develops and licenses proprietary blockchain and cryptocurrency software. Its crypto-centric platforms and forensic services drive crypto adoption by focusing on regulatory & compliance issues and crypto safety & security. Blockseer in association with many partners is working on various software like Walletscore, Breeze Freeze, Helm, Petra, and many more… which can revolutionize the entire crypto industry by offering a solution to avoid suspicious transactions and money laundering activities throughout the world.

What does this mean for the crypto industry?

Some crypto supporters see the Ukraine war as an opportunity for digital currencies to prove their worth as an asset for ordinary citizens to avoid economical turmoil. But if they end up being a loophole in the international sanctions, it could create pressure on the industry for stricter controls on the industry. Governments are also concerned about the potential to undermine the effectiveness of monetary policies worldwide. If they end up forcing digital platforms to enact the kind of detailed oversight and costly compliance expected of banks, much of cryptocurrency’s utopian vision of “borderless” may no longer exist.