Bitcoin Beyond the Coin – A Foundation for Next Gen Finance 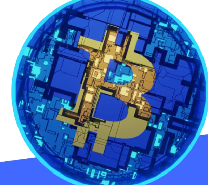 Bitcoin, once mined, is being used to provide additional value-added taxable services. How is it doing this? Bitcoin, the currency is not only a store of value, but also Bitcoin, the network is a foundation to provide next generation financial services. Why the Bitcoin network? The immutability of transactions that occur on the Bitcoin network assures that once a transaction occurs and has been confirmed a sufficient number of times, practically, it cannot be reversed. As the Bitcoin network has been in existence since 2009, with never a situation that the network was subverted by bad actors, it has become the most trusted public decentralized transaction network.

In turn, Bitcoin has led the explosion of a new class of assets, cryptocurrency, where math (utilizing cryptographic algorithms, hence the name) is the basis for enabling a decentralized, peer-to-peer means for exchanging value. On the surface, Bitcoin may be confused with other “peer-to-peer” payment systems such as PayPal, but underneath, indeed, there is no central authority involved with bitcoin transactions, while there certainly is with PayPal.

Rather, a set of consensus rules coded in the Bitcoin protocol for transaction validation and currency issuance along with a mechanism for reaching consensus using an algorithm called Proof-of-Work enable the network to function without the need for central authorities. The fact that Proof-of-Work can achieve network consensus as to if a new block of transactions should be added to the public ledger without a central trusted authority was a huge breakthrough in distributed computing that has applicability well beyond cryptocurrency – this was truly a landmark event in the field of computer science!

The implications of this advance are enormous, as disintermediation is a promised benefit of technology, which may counter the other overarching characteristic of technology – that it is typically a winner-take-all result for those enterprises that can dominate in a particular specialty. These cryptocurrency networks led by Bitcoin are a threat to entrenched economic interests, whether they be financial institutions, central banks or even modern payment systems such as PayPal.

Part of the confusion about Bitcoin is that is a network whose functional currency has the same name; however, it is usually spelled with a lower-case “b.” Bitcoin as a currency should rather be compared to a piece of ownership in the Bitcoin network, just as PayPal shares would represent ownership in the PayPal network, while PayPal transactions use different fiat currencies.

So if trading bitcoin is more comparable to trading in the stock market, then why do we refer to it as currency at all? Just because it can be used as currency, doesn’t mean we should think of that way – the term “digital assets” is more appropriate, as it properly reflects the evolution of the Bitcoin network, where new higher-layer networks are evolving to enable functionality that reduces the friction of the many transaction types that occur in the real economy.

Layered hierarchies occur in ecosystems because it makes sense to decouple certain functionality, as each layer serves different roles and evolves at different rates. A prime example is digital networking. While the base layers – physical layer, link layer are largely physical infrastructure – long-distance optical networks and switching functions that have limited software functionality – the higher layers (i.e., TCP/IP and application layers) are largely built using software running on servers.

Likewise, the Bitcoin network is evolving to add layers of functionality on top of the base layer, which provides a proven technology for ensuring transaction immutability and resistance to censorship. Examples include Liquid for large financial transactions and Lightning for microtransactions, whose real-world analogs may have lots of transaction friction (which includes high fees, long settlement times) depending on the specific type of transaction. Unlike the layered networking model, which provides decoupling of topological features, these digital asset network layers perform different types of functionality with different capabilities regarding transaction throughput, settlement time, transaction fees, network provider rewards and security model.

Liquid as a network provides for capabilities that cannot easily be realized by the Bitcoin blockchain, which has evolved slowly since its inception and is unlikely to provide radical new features that could undermine its security model. Asset types on Liquid are not limited to just a single currency but any digital asset, whether it be security tokens, non-fungible tokens (NFTs) or stablecoins (digital tokens that are tied one-for-one to either a fiat currency or another cryptocurrency). Additionally, transactions can be confirmed in just a few minutes rather than the typical hour for a bitcoin transaction. Transactions can also be transmitted in a way which hides the amounts and asset types from all third parties. Liquid transactions do not need to be settled on the Bitcoin blockchain, but it is so integrally linked to Bitcoin, that there would be no Liquid without Bitcoin.

To contrast, the Lightning Network was developed as a micropayments layer to Bitcoin. Lightning can scale to billions of transactions per second with near instantaneous settlement times, while Bitcoin is typically limited to less than ten transactions per second and one-hour settlement times. Additionally, transaction fees can be just fractions of a penny versus the typical 1% or greater fees through a bitcoin exchange. Immutability is assured, as Lightning transactions are initially funded from the Bitcoin network and are ultimately settled back onto the Bitcoin network once the rules of a preset Lightning smart contract finish to completion. Lightning is technically able to be applied to other networks, but its maximum utility comes from doing so on a network that gives the highest level of transaction immutability – Bitcoin!

Layering provides scalability that a single layer network solution cannot cost-effectively achieve while still retaining the immutability characteristics of the base Bitcoin layer. While this is still an area for rapid development, it only reinforces the idea that bitcoin is only a currency with limited utility is very much outmoded. In this extended model, the Bitcoin network becomes an aggregation and settlement layer, and it very much expands the value of bitcoin way beyond what its creators could have ever envisioned.